Japanese love their vending machines. Now there is even one for games!

Vending machines are quite popular in Japan, and Google recently put up a few of its own to distribute mobile games to Android users. Engadget reports that the machines offer 18 different games—some of which are free while others require payment—and transactions are made by resting an NFC-enabled phone running Android 4.0 or higher onto a tray below the large touchscreen.

If you don’t have a compatible device, the vending machine lets you take it for a test run with a Nexus 4, which, unsurprisingly, you do have to give back. Google employees will be present to ensure proper return of the phone.

The Google Play machines can be found in front of the Parco department store in Shibuya and will be there for just over a week. Or, if Japan is too far for you, you can always just tap the Play Store icon on your Android phone or tablet for a similar, albeit less novel, experience.

Over the past few years, as many people rushed to trade in their old phones for smartphones, Japan’s philanderers have remained faithful to one particular brand: Fujitsu Ltd.‘s older “F-Series” phones, which feature some attractive stealth privacy features.

The aging flip-phone—nicknamed the “uwaki keitai” or “infidelity phone”—owes its enduring popularity to customers who don’t believe newer smartphones are as discreet at hiding their illicit romances. 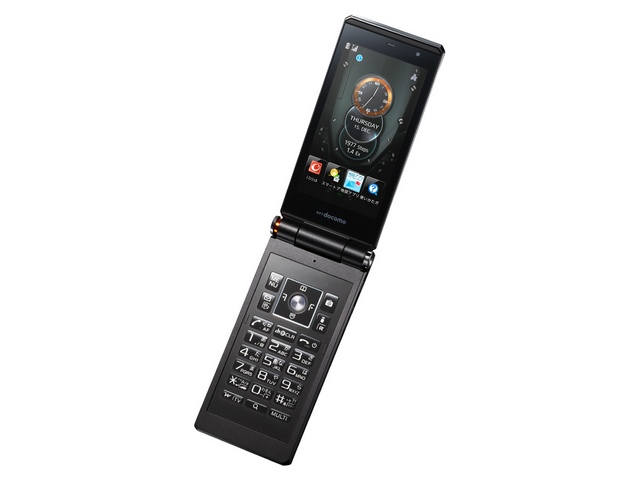 A Japanese blogger who goes by the name Bakanabe and writes anonymously about picking up women, said he looked into buying a new device but found the privacy settings fell short of his current phone. Instead, he opted to refurbish his battered, three-year-old Fujitsu flip-phone with a new casing and a new battery.

“Women may want to check my phone for strange emails or calls when I’m not around. With Fujitsu’s ‘privacy mode,’ they can’t see that information at all,” he said in an email. “The key is to give off the impression that you’re not locking your phone at all.”

Fujitsu’s “privacy mode” is a layer of nearly invisible security that hides missed calls, emails and text messages from contacts designated as private. If one of those acquaintances gets in touch, the only signal of that communication is a subtle change in the color or shape of how the battery sign or antenna bars are displayed. If ignored, the call doesn’t appear in the phone log.

The changes are so subtle that it would be impossible to spot for an untrained eye. When the privacy mode is turned off through a secret combination of keys, the concealed calls and messages appear, and voice mail becomes accessible.

This comes in handy to another blogger who calls himself “Poza.” He claims to have various romances on dating sites while juggling three girlfriends. He said he was introduced to the Fujitsu phone nearly five years ago and uses the privacy features to keep from getting caught. He says he recently bought an iPhone, but giving up his Fujitsu phone to carry just a smartphone is “unthinkable.”

“In terms of keeping my cheating hidden, this does more than enough,” he wrote in an email. Poza, who says he works for a design company in western Japan, declined to provide his real name.

Fujitsu started offering the privacy mode in 2002 as part of more stringent security requirements for all phones offered by NTT DoCoMo Inc., Japan’s largest carrier. Takeshi Natsuno, a senior DoCoMo executive at the time, said he insisted on tougher security after hearing too many stories of couples splitting or workers landing in hot water because they left their phones out and unguarded.

“If Tiger Woods had this Japanese feature in his phone, he wouldn’t have gotten in trouble,” said Mr. Natsuno, now a professor at Keio University’s Graduate School of Media and Governance.

The phones, though, aren’t available outside Japan.

With emails, phone calls and text messages all coming into the phone, it is also where many affairs are carried out. Toshiyuki Makiguchi, who runs Uwaki Rescue SOS, a Tokyo-based consulting company to help people find out if their partners are cheating, said more than half of his 600 customers a year find some evidence of cheating on their partner’s mobile phone.

Fujitsu promotes the strong security of its phones, but does so without acknowledging its subset of loyal cheater fans. Fujitsu spokesman Naoki Mishiro said tight security is critical these days with so much sensitive information on handsets. He declined to comment on the infidelity phone nickname.

These days, the devotion of infidelity phone users is being tested. Both Japanese carriers and Fujitsu are starting to phase out the older phones for an all-smartphone lineup. And a growing number of so-called cheater apps are looking to bring similar functions to smartphones.

As a result, Fujitsu has added some of the privacy features to its smartphone lineup. The company’s new models conceal calls and emails from contacts marked private. Like its older cousin, it alerts the users with a subtle change in the battery or antenna mark. However, the privacy mode requires a separate mail and address book app designed by Fujitsu, rather than the default email program and address book provided by the carrier.

“It’s totally useless,” said blogger Bakanabe, who researched the Fujitsu smartphone before sticking with his existing phone. “I hold out hope that Fujitsu adds the real privacy mode with its next smartphone.”

Fujitsu said it aims to roll out more convenient and secure features in the future.

The world appears to be catching up with the infidelity phone.

Delaware-based CATE, or Call and Text Eraser, has been offering a similar level of security since last year. It is an app for Android-based smartphones that intercepts and hides text messages and phone calls from people on a selected “blacklist.” Those texts and calls, as well as the app itself, remain hidden until the user punches in a code.

“I believe most cheaters use text and get caught by the text,” said Neal Desai, a 25-year-old entrepreneur from Austin, Texas, who raised $70,000 for the $4.99 app on ABC’s reality TV show “Shark Tank.”

At $4.99 per download, CATE has been downloaded more than 10,000 times, and an iPhone version will be available soon, said Mr. Desai.

When told about Fujitsu’s privacy features that have been available in Japan for several years, Mr. Desai was impressed: “That’s more genius than my app.” 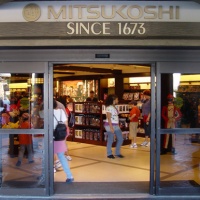 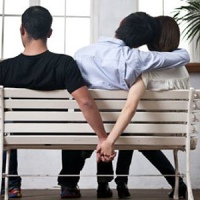