Manseibashi Station (万世橋駅 Manseibashi-eki) can refer to two closed railway stations all in Chiyoda, Tokyo, Japan. One was a railway station on the Japanese Government Railways Chūō Main Line and the other was a subway station in the Tokyo Subway network.

Both stations were closed by 1943, though trains and subway cars still pass through them. The stations took their name from the nearby bridge, Manseibashi. The railway station was located on the south bank of the Kanda River, while the subway station was located on the north bank. The area north of the bridge is known as “Akihabara Electric Town”. Some train enthusiasts have dubbed Manseibashi station “the phantom station”.

Saturday, September 14, 2013, sees the opening of Maach Ecute Kanda Manseibashi, a commercial facility with 11 outlets including restaurants, cafés, and retailers. Its home is the red brick Manseibashi viaduct, located between Ochanomizu and Kanda stations on the JR Chuo Line, and stretching along the Kanda-gawa River from the Manseibashi area to Sotobori-dori Street. The complex pays tribute to its history as the former Manseibashi Station and later the Transportation Museum. For instance, two sets of stairs will open to the public for the first time in 70 years, since the structure stopped functioning as a station in 1943, and lead to an observation deck fashioned from the old train platform. The new Maach Ecute Kanda Manseibashi plans to stage events and create a space to liven up the community.

Things to do:Tsuribori, a day of fishing in the center of Tokyo; a uniquely Japanese experience, and a lesson in just going with the flow

Below Tokyo’s monoliths, local fisherman can still find a place to lay their bait.

Japan is renowned for its fish-eating culture, not least to tourists who flock to (soon to be closing?) Tsukiji fish market in the early hours to catch the auctions that supply tens of thousands of restaurants with sushi, sashimi and more every day.

But what is less well known is that even in central Tokyo, it is possible for locals to catch their own fish in the city’s rivers.

Fishing from east to west

In the west of Tokyo weaves Tamagawa river. Some 138 kilometers long it marks the border between Tokyo city proper, and neighboring Kanagawa prefecture. Sprinkled with sports and recreation areas, parks and trails, it is also a draw for local fishermen. Carp, rainbow trout, cherry salmon, iwana, ugui and ayu can all be found, as well as loach, crabs and turtles. Upstream even commerical fishing is still allowed. For more on the lush surroundings of the wide Tamagawa river and it’s returning wildlife, click here. To get there, it’s just a 15-minute ride on the Den-en-toshi line from Shibuya station, with Futako-Tamagawa station the best access point.

Meanwhile to the east lies Sumida river, flowing into Tokyo Bay, and right under the highest structure in Japan– Tokyo Sky Tree — lies an area for fisherman to plant their rods between the apartment blocks above. The area has a more artificial feel than the natural surroundings of Tamagawa but is still very popular, particularly with local men. Narihirabashi station on the Tobu Isesaki, just one stop from Asakusa, will get you closest to the tributary to Sumida, where similar fish to those in Tamagawa can be found.

For those living in the center of the city, there is yet one more option, Ichigaya Fishing Center(tel. +81 (0) 3 3260 1325) on the 24.6 kilometer Kanda river. The entire river is within the boundary of Tokyo. At the center, which has five pools full of carp, visitors must weigh in their catch at the end of each hour-long session (¥690 per hour), before returning the fish back in to the pond. If you are deemed successful enough, by reaching a certain weight (seven kilograms), you can be rewarded with another free hour. On the second Sunday of each month, 26 fishermen get to compete in a match and it’s open from midday until 10 p.m. apart from weekends, when it’s 9 a.m. until 7 p.m.

Ichigaya station is served by multiple JR, Metro and private rail lines in the city center and is itself alongside Kanda river.

For those that are even more adventurous, it’s also possible to go boat fishing with a guide in Tokyo Bay out by Disneyland, with prime season in October and November, especially for Japanese sea bass like striper, barramund and snook. Chartering a boat for four hours costs ¥36,500 and can be booked via Trout & King Fishing Tours (tel. +81 (0) 3 3544 5532). 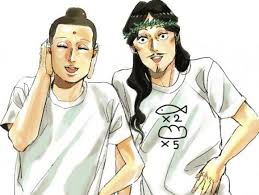