Paris won’t know what hit it. From July 4 to 7, the French capital will be awash with anisongs, cosplay and kawaii, as the world’s largest overseas festival of Japanese pop culture, Japan Expo, returns for its 14th edition. Guests this year range fromFist of the North Star creator Tetsuo Hara and Macross mecha designer Shoji Kawamori to Visual-kei band Nightmare, idol group °C-ute and brainiac instrument makers Maywa Denki… but they might find themselves overshadowed by a bloke in a bear costume. Yes: unfathomably popular regional mascot Kumamon (250,000 Twitter followers and counting) is lined up to make a guest appearance at the Expo, where he’ll be performing his trademark exercise and dance routines.

For the benefit of the uninitiated, this rosy-cheeked, sack-shaped bear is the official representative of Kumamoto Prefecture, where he made his debut in 2010, ahead of the completion of the Kyushu Shinkansen line between Fukuoka and Kagoshima. Such mascots are common in Japan, where they’re described as yuru-kyara – literally ‘loose characters’, though a better translation (offered by Daniel Krieger inThe Japan Times) might be ‘cheesy but lovable characters.’ As Krieger puts it, ‘unlike multi-billion dollar stars such as Sanrio’s Hello Kitty, this variety … earn their keep by drawing attention to a particular place, organisation or idea despite, or because of, their lack of polish.’

Designed by Manabu Mizuno, Kumamon (whose name combines the first character of Kumamoto with the local dialect rendering of ‘mono’, or thing) seems to fit the bill. The only difference is that, well, he’s actually popular: he won the nationwide Yuru-Kyara Grand Prix poll in 2011, beating out competition from the likes of Ehime mascot (and 2012 Grand Prix winner) Bary-san, and earned nearly ¥3 billion in merchandise sales last year. When revered German toymaker Steiff launched aJapan-only Kumamon stuffed bear in a limited edition of 1,500 earlier this year, it sold out immediately – despite the not-inconsiderable price tag of ¥29,800.

So will Les Françaises embrace this burly furball? Kumamon has already made PR appearances around Asia – including Beijing, Shanghai and Singapore – but that’s hardly a guarantee of European success. Still, he might find a sympathetic audience in France – not least because the country has been tentatively trying toboost its own native bear population.

Oh, and if you’re looking for Kumamon merchandise in Tokyo, ‘antenna shop’ Ginza Kumamotokan is the place to head.

Help at hand for foreign wives trying to cope in Japan

Happily ever after is hard work.

But for foreign wives of Japanese, there is often the additional problem of language barrier and cultural differences.

Thankfully, there are a number of organizations around the country to help foreign women negotiate this minefield.

The Association of Foreign Wives of Japanese was established in 1969 and has about 470 members in Japan and abroad of various nationalities. The oldest member is a 92-year-old Dutch woman.

The annual membership fee is 7,000 yen ($75). The association publishes a bimonthly newsletter with tips about living in Japan as well as essays submitted by members.

It also hosts an annual convention at which participants wear formal attire for dinner. The convention allows members scattered around Japan to come together for a direct exchange of information. Ordinarily, members use Facebook or e-mail services to confide in each other about the problems they encounter.

The current chairperson is Rachel Greenwood Yokomatsu, 41, who hails from New Zealand and lives in Nakatsu, Oita Prefecture.

“When I first arrived in Japan 16 years ago, I was the only foreigner in the community,” she said.

She came to Japan as an English instructor and met and eventually married Kanji, 44.

Yokomatsu recalled the many cultural differences that she initially faced, including the way people take baths and trying to figure out the ingredients in baby food.

It was while Yokomatsu was experiencing a sense of isolation that she came across an ad for the association in a mail-order catalog for Western foods she craved but could not find in Japan. This led her to others in a similar situation with whom she could turn to for advice.

After the earthquake, tsunami and nuclear disaster that devastated northeastern Japan two years ago, members in the hard-hit Tohoku region quickly contacted others in the organization living elsewhere in Japan to provide lodgings for parents and children evacuated from Fukushima Prefecture.

It was because of these self-help efforts and mutual encouragement that few members joined the exodus of foreign nationals to their home countries following the disaster.

There is also a local organization for foreign wives living in Kumamoto Prefecture that is organized by Christina Tashiro, who is originally from Argentina. Her husband worked for an airline company and his job meant postings all over the world before they settled 29 years ago in Kumamoto, her husband’s home town.

The Kumamoto group has a much broader range of members as even Japanese men and singles can join as long as they have an interest in international exchange. There is no membership fee.

The group organizes various activities. For one event, they gathered at the farm where a Chinese woman had married into to experience the back-breaking work of digging up potatoes.

Cooking classes to introduce local cuisine are another fixture.

Group members also respond to questions that foreign wives may have about their children’s school activities and procedures at the local government office.

“I have never given much thought to people’s nationality because I always want to say ‘I am a global citizen who loves Kumamoto,'” Tashiro said.

Other organizations have been set up to provide counseling for foreign wives who may be having difficulties adjusting to their local communities.

One of the oldest is the Fujimino International Cultural Exchange Center in Saitama Prefecture, run by Nanae Ishii, 65.

“We have had many consultations from women who have suffered from depression because they were raising their children in an environment where they cannot use their native tongue,” Ishii said.

The primary factor behind feelings of alienation is not being able to converse easily in Japanese.

Ishii also noted there has been an increase in couples who have married under questionable circumstances.

“Some women desperate to escape their poverty have married after only one conversation using Skype,” she said.

Yukari Yamashita, 50, who heads the Fukuoka-based Global Life Support Center, said, “Ever since the start of stricter evaluation for entertainment visas from 2005, there has been an increase in the number of foreign women who have sought to obtain visa status by marrying a Japanese man.”

At the same time, she said it was difficult to determine when marriages of convenience had occurred.

Both Ishii and Yamashita said there were limits to what private organizations can do. They said the central and local governments should more aggressively implement programs to provide language support and counseling services rather than depend only on nonprofit organizations. 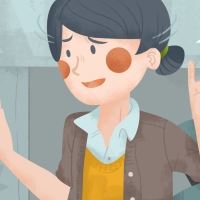