Significance of the 5 yen coin

The 5 yen coin (五円硬貨 Go-en kōka) is one denomination of Japanese yen. The current design was first minted in 1959 using Japanese characters known as the “new script“, and were also minted from 1949-1958 using “old-script” Japanese characters. Five-yen coins date to 1870 (when, due to the much higher value of the yen, they were minted in gold).

The front of the coin depicts a rice plant growing out of the water, with “five yen” written in kanji; the back is stamped with “Japan” and the year of issue, also in kanji, separated by sprouts of a tree. The three graphic elements of the coin represent agriculture and fisheries, the key elements of the Japanese first-sector economy. Around a hole, there is a gear that represents industry. It is the only Japanese coin in circulation to lack Arabic numerals on either face.

The Japanese for “five yen,” go en (五円) is a homophone with go-en (御縁), “en” being a word for causal connection or relationship, and “go” being a respectful prefix. As a result, five-yen coins are commonly given as donations at Shinto shrines with the intention of establishing a good connection with the deity of the shrine, and is widely believed it is best to insert a single five-yen coin into a new wallet before inserting any other money.

The reason why the five yen coin is lucky is because it’s called a “go-EN” coin. The number 5 is “go” in Japanese, and “yen” is pronounced more like “en.”

To be precise, “go-EN” means “honorably good luck” especially in terms of relationships. So people throw in these coins at a temple hoping to meet new people who might bring fortune, business, friendship or love.

The significance of the 50 yen coin

The number 50 is pronounced “go-juu” which is the same pronunciation as the word meaning “5 layers” or in other words “5 times more.” So although I recall that the true tradition was focused on the 5 yen coin, some may throw in 50 yen coins, pronounced “go-juu-EN” in hope for “luck coming 5 times more.” Speaking of tradition, not many commoners had 50 yen to spare back in the old days when a taxi ride was a yen.

As for the hole, people prefer to believe that it implies future with “an unobstructed view.” For the same reason, we eat lotus roots on New Years, because it has a lot of holes.

You can see that the Japanese like to “EN-gi o katsugu” (care about the risings of luck). Or also a phrase meaning someone who is supersticious. 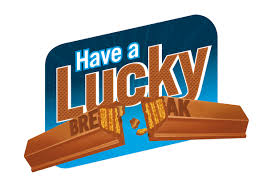 During the exam season the superstitious nature of the Japanese becomes even more apparent. In fact you will find various lucky charms being sold around this time. The most popular are charms purchased from a shrine or temple. However, the Kit Kat (a chocolate bar) is also popular. Why? The Japanese pronounce it as, “kitto katto.” It sounds like “kitto katsu” which means, “You will surely win”. Parents often buy Kit Kats for their children for exam days. It is just a fun play on words, but if it makes them feel better why not!